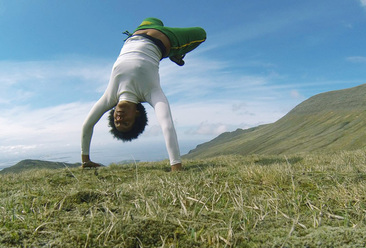 ﻿Morena﻿ began training capoeira in 2005 while completing her Master of Laws degree in the Netherlands. In 2007 she helped found Capoeira Mandinga Shanghai, the first capoeira school in Mainland China. She taught lessons there for beginner and intermediate students between 2009-2011.

Between 2011 until recently Morena has been the Head Instructor and Administrator of Capoeira Mandinga Beijing, where she taught capoeira classes, acrobatics and dance to beginner and intermediate adults and children. Morena also taught capoeira at various schools throughout the city of Beijing between 2012 and 2014. Morena has choreographed and directed various shows and dance performances to disseminate capoeira and popular Brazilian culture in Beijing.